Mental health awareness has made leaps and bounds from its obscure beginnings. Recently, there’s been a significant paradigm shift in mental health. What used to be a dualism between “mental” and “medical” health is now one unified whole. Health, as defined by WHO, “is a state of complete physical, mental and social well-being and not merely the absence of disease or infirmity.”

The primary reason for this gap being bridged is that scientists have evidently linked mental and physical health. It’s become quite clear that our thoughts and emotions elicit different reactions from our bodies. Similarly, if our bodies aren’t physically fit, this can lead to an increased risk of developing mental health issues.

Anxiety disorders are the most prevalent mental health illness across the United States. A whopping 40 million people, representing 18% of the population, are affected by these disorders yearly. Anxiety can manifest itself physically in a number of ways, but today, we’ll be looking at anxiety rashes.

How does an anxiety rash appear?

Anxiety rashes often come in the form of hives, otherwise known as welts. These hives can appear practically anywhere on the body and have a red, swollen, and patchy appearance. These patchy areas vary in size, ranging from a small pencil eraser to a vinyl record. When touched, the affected parts will likely give you itching, tingling, and burning sensation. Typically, these rashes disappear within 24 hours. However, it isn’t uncommon for new rashes to appear after older ones subside.

In most cases, hives are caused by a rather wide list of allergens. Other than that, a variety of viral infections and environmental triggers also play a key role in causing hives. One of these environmental factors is stress.

Anxiety itself does not cause the rashes to appear. However, a byproduct or usual accompaniment to anxiety is stress. When we experience stress, our bodies produce and release more neuropeptides and neurotransmitters. Consequently, these imbalances may lead to worse mental and physical conditions, as in anxiety rashes.

How do I treat anxiety rashes?

The most effective way of dealing with anxiety rashes is by treating the underlying cause: the stressors. You may be dealing with looming deadlines or major life decisions; whatever the reason may be, there are ways to manage them. According to Healthline, here are some quick fixes:

Some more effective and long-term lifestyle changes to help with your anxiety include:

Like most hives, anxiety rashes should remedy themselves in a matter of days, especially if you manage your anxiety.

In the meantime, you can fix up some home treatments to help you deal with them. The most common OTC medication available is antihistamines. Popular brands include:

To alleviate the pain, you may also apply an ice or cold pack to the affected areas or just take a cold shower.

When should I see a doctor?

If you are experiencing those red, swollen, and patchy blotches on your skin, those are most probably hives. If left alone, hives will generally heal by themselves without any treatment.

You should be concerned if these bumps start becoming pus-filled, or any color liquid that isn’t clear. These may be signs of a more serious underlying condition. If you are suspicious of any preexisting conditions you may have, you should consult a doctor to be absolutely safe. If you also suspect that an allergen, not anxiety, caused these hives, you will want to seek medical treatment immediately. If these symptoms persist, it could lead to a potentially fatal allergic reaction in anaphylaxis.

Additionally, you may experience hives for up to six weeks, and this is called acute hives. Anything longer than that is considered chronic, for which you should consult a doctor. 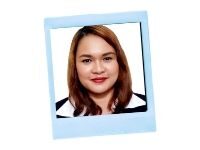 Judy Ponio is a health nut and she wants to share her knowledge with the world. She loves to blog about healthy living tips and general life advice.

HPV vs. Herpes: Know The Differences How To Get Rid Of A Cold Sore Fast: Short-Term Fixes and Long-Term Solutions